Episode 301: On the Verge of Civil War


OPB piece on unmarked vehicles being used by Federal agents to grab people off the street.

Statement from the Acting Director of DHS saying they were going after people in Portland.


This political theater from President Trump has nothing to do with public safety. The President is failing to lead this nation. Now he is deploying federal officers to patrol the streets of Portland in a blatant abuse of power by the federal government. https://t.co/PdlZkmW0mQ
— Governor Kate Brown (@OregonGovBrown) July 16, 2020

A number of people have asked if I know DHS leadership is in town, and if I’m going to meet with them. We’re aware that they’re here. We wish they weren’t. We haven’t been invited to meet with them, and if we were , we would decline.
— Mayor Ted Wheeler (@tedwheeler) July 16, 2020

2/ I was under the impression this was going to be a thoughtful, honest and open discussion, but following statements made by Sec. Wolf, it became clear law enforcement in the City of Portland was becoming highly politicized, and for that reason, I declined to meet.
— Mike Reese (@SheriffReese) July 17, 2020

A peaceful protester in Portland was shot in the head by one of Donald Trump’s secret police. Now Trump and Chad Wolf are weaponizing the DHS as their own occupying army to provoke violence on the streets of my hometown because they think it plays well with right-wing media.
— Ron Wyden (@RonWyden) July 16, 2020

Federal forces shot an unarmed protester in the face. These shadowy forces have been escalating, not preventing, violence. If @DHS_Wolf is coming here to inflame the situation so @realDonaldTrump can look like a tough guy, he should turn around and leave our city now.
— Senator Jeff Merkley (@SenJeffMerkley) July 16, 2020

Meadows says the Trump administration is readying a new executive order to expand the federal takeover of cities based on alleged lawlessness: "Attorney General Barr is weighing in on that with Secretary Wolf, and you'll see something rolled out on that this week." https://t.co/OltkCHVTP1
— Dan Friedman (@dfriedman33) July 19, 2020

Good Twitter thread, with links, on what's going on in Portland and why that city was chosen by Trump to do this.   It's 13 tweets, so not too long.

Interview with Navy vet attacked in above video.

DHS plans to expand their operations.

NYT article on the arrests.

ICE training civilians on how to identify and arrest "illegal" immigrants. 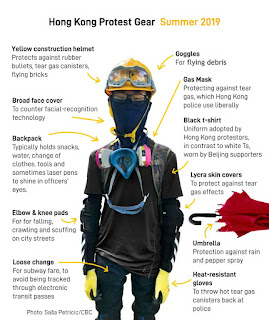 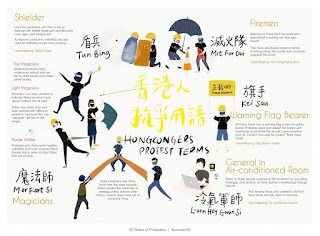